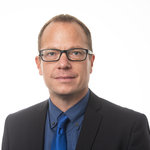 Gavin is chair of Governors at Westbrook Old Hall Primary School and a founding Member of the Omega MAT. Gavin works at the General Medical Council where he is the Executive Manager of the Medical Practitioners Tribunal Service (MPTS). The MPTS run hearings, which make independent decisions about whether doctors are fit to practise medicine in the UK.

Prior to this he worked at the Ministry of Justice and Defence. His two children attend Omega MAT schools. 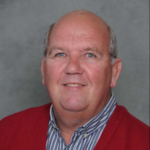 Steve joined Chapelford Village Primary School Governing Body in 2007 and was appointed as the Chair in 2008. Steve is a retired from the Cheshire Fire and Rescue Service where he worked for 35 years. Steve was responsible for fire stations in and around the Warrington area and later further afield in mid and south Cheshire.

Through his professional life and governance experience, he brings a wealth of strategic, commercial and business management experience as a Member of the Omega Multi-Academy Trust. 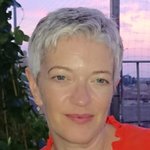 Gillian attended St Albans Girls School and Hertfordshire College of Art and Design and graduated from The University of Leeds in 1992 with a BA(hons) English. Gillian holds a PGCE in primary education from Edge Hill University and was employed by the HMRC in Compliance and Personal Tax for 19 years. In 2018 Gillian joined the Citizens Advice and works a Money Advice Worker.

Gillian became a Parent Governor at Burtonwood Community Primary in 2005 and transitioned into a co-opted Governor role. Gillian is the Chair the School Improvement Committee and the Vice Chair of the Governing Body. Gillian is a founding member of the Omega Multi-Academy Trust. 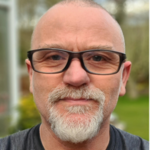 After leaving Prescot School in Summer 1983 Dave started an apprenticeship as an electrician at Pilkington Bros of St Helens, whilst studying for an HNC in electrical and Electronic Engineering at St Helens College. After completing his apprenticeship, he changed roles slightly and started work as a draftsman and went on to complete an HND in Electrical Engineering.

After several years working on multiple projects within the organisation he returned to university, and completed a BEng (Hons) in Engineering and became registered with the Engineering Council as a Chartered Engineer (CEng). Dave has since worked on several large capital construction projects for NSG, both in the UK and overseas firstly as a Project Engineer and in the last 12 years as Project Manager. He has a lot of experience working in North and South America, Mainland Europe, Russia and the Far East.

Health, safety & environmental management, project planning, financial management, contract negotiations & management, and liaison with local authorities are all key aspects of this role. In his personal life Dave is married with one son who attends Great Sankey High. He has a passion for the outdoors, travel, skiing, cooking and motorcycles. 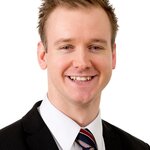 Andrew is the Chair of the board of Trustees for Omega Multi-Academy Trust in Warrington, Cheshire. The Trust comprises of 6 schools: two high schools and 4 feeder primaries. Before this, he was Chair of Governors at Great Sankey High School and was appointed as a governor there in May 2008. In the role as Chair, Andrew led the board through several Headteacher appointments and then latterly forming the Omega MAT.

Andrew was appointed as a National Leader of Governance (NLG) in February 2016, and has supported both primary and secondary schools, along with conducting formal external reviews of governance. This role has enabled him to access lots of high-quality training and conferences to further develop skills as a governor, trustee and NLG.

Andrew is also the Vice-Chair of Governors of the Local Governing Body (LGB) for Great Sankey Primary School in Warrington, which happens to be part of a different multi-academy trust. He has been a governor at that school since May 2007 and was a key lead role on the board when the school built a new school and joined a multi-academy trust.

Working for United Utilities as an Asset Manager, with responsibilities for the long-term asset planning for the Water Network in the North-West of England requires extensive risk management and project sponsorship, to ensure we address the most important risks with the right projects. Before this Andrew worked in the Finance department in several roles, as a management and financial accountant. 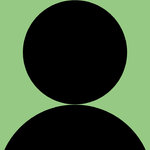 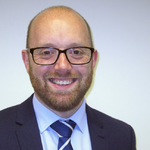 Don originally worked for the government as an IT professional before moving into education to help shape the IT profession to better meet the needs of the wider economy. As a qualified secondary school teacher with extensive middle and school senior leadership team experience, latterly as a director of achievement and data, Don currently works in the Education leadership team as head of data and analysis at a large national multi-academy trust of 40+ academies.

Having previously been a director at a small-scale academy trust and teaching school, having moved to Great Sankey, Don has actively sought to establish long-term roots in the communities that Omega MAT serves. He also holds the post of Chair of Governors at an academy in Halton. 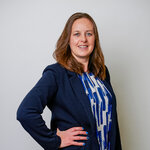 Lisa is an experienced commercial lawyer with significant in-house legal experience across the Water, Payments & Billing and Global Professional Services sectors. She demonstrates the ability to find sound commercial solutions to complex legal challenges and she recognises the benefit a legal business partner can bring to a company through a culture of strong collaboration and effective communication.

Lisa has over 20 years legal experience and has worked at Yorkshire Water, United Utilities, MPP Global, GHD and Steer. Such roles have provided broad experience of transformation and project management, business planning, health & safety, risk management, governance, and internal and external audit. Lisa has worked closely with Engineering, Energy, Construction, and Capital Projects teams along with Facilities, HR, Marketing, IT and procurement teams helping to standardise and streamline contracts where possible, always adding value to mitigate and manage the businesses legal and commercial risks. 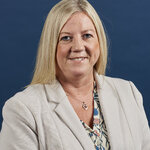 Tracey joined her current Multi-Academy Trust as a Director of Education, before taking on the role of Deputy Chief Executive in 2020.

Tracey has spent twenty-five years working in education, starting her career as a science teacher. Since then, she has been employed in a plethora of roles, from Advanced Skills Teacher and Head of Year, to Assistant Headteacher, Vice Principal and Headteacher. She is also a qualified Ofsted inspector and a Local Leader of Education (LLE). In her current role, she successfully and effectively leads the school improvement team, planning and implementing school improvement strategies across the Trust.

Tracey’s vast experience in the education sector means that she is driven to serve the communities of Omega MAT with determination, integrity and empathy.